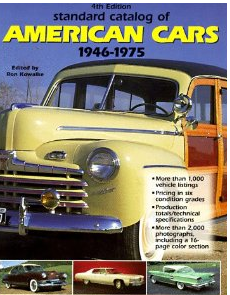 Was the “GT Package” (distinguished most easily by fog lights and thru-exhaust) available on 1964 1/2 Mustangs?
The Standard Catalog of American Cars: 1946 – 1975 suggests the GT Package made its debut in the 1965 model year.  Despite this, we sometimes see 1964 1/2 Mustangs featuring both fog lights and thru-exhaust.  We’ve even seen some that have only one of the two features!  We wondered…could the Standard Catalog be wrong?  Was the GT Package in fact also available for 1964 1/2 Mustangs?  We guessed so but were never sure.

Recently we were looking for an early Mustang and found a beauty offered by the St. Louis Car Museum…..factory correct Raven Black (code A) paint, original D-code 289 V8, and just 78,649 miles, but we digress.  This Mustang has the GT Package features and comes with paper work showing an original purchase date of June 11, 1964…well before the October 1964 release of the 1965 model.  Although there is no mention in the documentation, the car has GT Package features, which suggests that the GT Package was available on the 1964 1/2.

Sidebar
We use cookies to ensure that we give you the best experience on our website. If you continue to use this site we will assume that you are happy with it.Ok